Delhi-Meerut e-way: Phase 4 will be greenest with plantation of 40,000 trees by monsoon – NOFAA

Ghaziabad: The phase 4 of the Delhi-Meerut Expressway (DME) project will be the greenest among the four stretches of the expressway as the National Highways Authority of India (NHAI) has decided to plant about 40,000 trees on the 32km stretch (Dasna to Meerut) before the monsoon this year, officials said.

The DME comprises four phases, of which phase 1 (Akshardham to UP Gate) and phase 3 (Dasna to Hapur) are operational. Phase 2 (UP Gate to Dasna) and phase 4 are scheduled to get complete by March 31, the officials said.

The NHAI officials said that they have targeted plantation of about 40,000 trees of different species like neem, amla, amaltas, among others, on the sides of the expressway under phase 4. They further said that the median of the six-lane stretch will have dense plantation of bougainvillea.

“The phase 4 has a lot of vacant areas which will help us plant about 40,000 trees as against about 500 under phase 1, about 1,000 under phase 2 and about 1,200 under phase 3). We have very less space available under phases 1, 2 and 3 and also there is no central verge having soil for plantation,” said Mudit Garg, project director, NHAI.

He said that the watering at the central verge of the stretch under phase 4 will be taken up through the drip irrigation system while tankers will be deployed for watering plants on sideways.

The completion of the DME project will help commuters get fast connectivity between Delhi and Meerut and will also be highly beneficial for long distance commuters travelling to western UP and Uttarakhand.

The NHAI officials said that they have also planned to give additional connectivity from the phase 4 to National Highway 235 (60km stretch linking Meerut, Hapur and Bulandshahr districts), which will be a part of the proposed 594km Ganga Expressway project proposed to connect Meerut to Prayagraj with the help of six access-controlled lanes.

“It has been planned that we will connect a 14km four-lane link from DME’s phase 4 in Ghaziabad to NH-235 in Meerut. This will largely help long distance commuters who wish to go to eastern UP areas. The linking project is scheduled to get complete within two and half years,” Garg said.

“The 14km link road will start at Jainuddinpur in Ghaziabad where we have also planned an interchange which will help commuters reach NH-235 in Meerut,” he added. 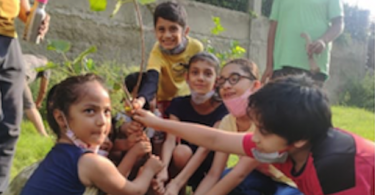 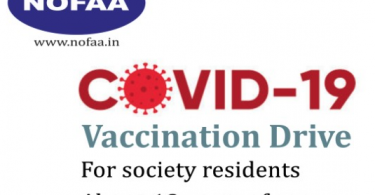 NOFAA is organising COVID Vaccination Drive in high rise societies across GB Nagar where more than... 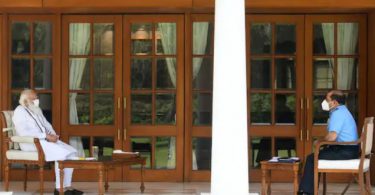