Noida: Some 96 out of the 105 vials of the Remdesivir injection recovered from Rachit Ghai — the man behind the alleged black marketing of the drug — have been lying with the police, pending a report of veracity. This is despite a court ordering that the jabs be handed over to the chief medical officer (CMO) of Noida some 10 days ago.
Police said they are still waiting for a “authenticity” report from the drug department to release the injections as many fake ones have also been doing the rounds. “The injections can only be released once the report of the drug department confirms their authenticity,” Sector 20 SHO Munish Chauhan said. “The GB Nagar drug inspector has sent nine of the vials of the drug to the government laboratory in Lucknow. The drug inspector also checked their batch numbers on Tuesday.”
Drug inspector Vaibhav Babbar is yet to respond to queries.
Meanwhile, Rachit tested positive for Covid-19 two days after his arrest when he underwent a coronavirus test at the temporary jail in Greater Noida. At least five police officers from the crime branch, who were part of the arresting team and cops from the Sector 20 police station, have been asked to exercise restraint and watch for Covid-19 symptoms, officials said.
TOI had reported that the crime branch of the Noida police arrested Rachit with as many as 105 vials of the Remdesivir injection meant for sales in black market for anywhere between Rs 15,000 and Rs 40,000. The accused had sourced the injections from another accomplice who allegedly got the same from agents in Chandigarh and Delhi’s Dwarka. 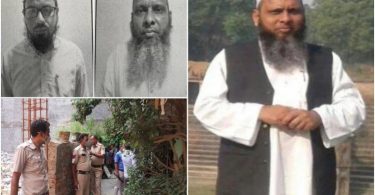