UP: Two masterminds yet to be arrested in MBBS seat fraud | Noida News – NOFAA
NOIDA: Noida police claim to be probing the role of two unidentified men who they suspect are the masterminds behind the multi-crore MBBS fraud. The duo operated by liasioning with the staff of government medical colleges in Banda and Allahabad to arrange meetings of their targets — students and their parents — inside the premises, officials said.
ACP-2 Rajnish Verma said the two accused would give money to the junior staff like the sweepers of the colleges to arrange the meetings on the campus.

“During the real counselling sessions, the date and timing would be informed to the accused beforehand,” additional DCP (Noida) Ranvijay Singh said.
“If the session got over around 1.30 pm, the accused would sneak into the college using their links around 1.45-2 pm on the pretext of the meeting with the officials and then would meet their potential victims pretending to be the dean or principal,” he said.
“The accused would then demand money anywhere between Rs 50-60 lakh for the admission of the students who could not qualify the NEET exam through the dean’s or management quota,” Singh added.
At times, the accused would claim that the dean or the principal of the college was very busy and he could only meet the targets for five minutes while walking inside the college premises and not in office, ACP-2 Verma said. “One complainant from Noida was made to meet a ‘dean’ in Motilal Nehru College, Allahabad.”
Verma said the accused — Pankaj Kumar Khatik, Adarsh and Sachin — were merely pawns. “The two persons whose identities are yet to be revealed are the masterminds,” he added.
Noida police say that they have already contacted the officials of the medical colleges. “We contacted them but they have denied any information about the movement of the accused inside their premises,” additional DCP (Noida) Singh said.

Noida: At its board meeting on April 9, the Noida Authority will put forth a proposal on accepting... 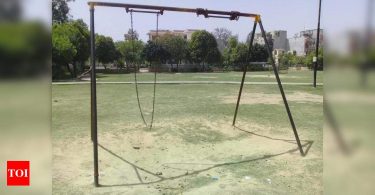 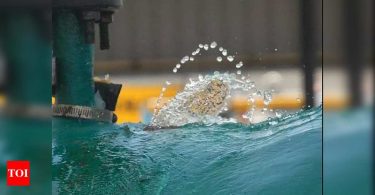 GREATER NOIDA: Water charges in the city have been increased by 10% with effect from April 1. The... 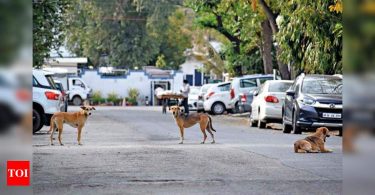 Noida: To reduce human-animal conflict as well as frequent arguments between dog lovers and...

#CoronaSecondWave is spreading like a wildfire. @NOFAATIMES requests minimum 2 Weeks #lockdown in Delhi-NCR as SOS. 20% Apartments Residents are #COVID19 Positive.